Plant a tree in memory of Kathleen
An environmentally-friendly option 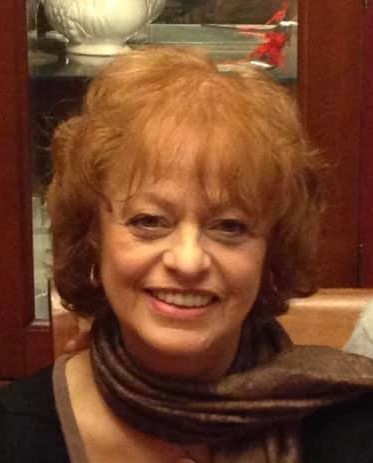 Kathleen Ann (Cannara) Masucci passed away peacefully with her family by her side at RWJ Hospital New Brunswick on March 28th.

Kathleen was born in Roseland, raised two children in Boonton and West Caldwell and eventually settled in a rural section of South Brunswick with her husband Donald. She loved the area of Fresh Ponds because it reminded her of the character of the Roseland she knew as a child.

She was one of the founding members of the Wessex Animal Welfare League in 1972 working out of her home saving animals. She was instrumental in merging it with the Mount Pleasant Animal Shelter in East Hanover where she served in many volunteer capacities including that of President for a period of time. Her devotion to animals continued to the present saving, feeding and neutering dozens of stray cats. There were always two bowls of cat food at the back door. She placed kittens and cats whenever possible. Some she just took in.

Kathleen had an electric and colorful personality and was always the life of the party of which there were many in her home. The pool, Snack Shack and bar were often Party Central. Guests from North Jersey were welcome to sleep over. A fantastic cook and a gracious host who would always leave them laughing. She began her career in advertising at Alan London in West Caldwell as a clerk typist moving up to office manager. She was the Classified Manager at the Daily Record and later the Home News switching to outside sales before moving to do the same at the Asbury Park Press. She finished her career at Greater Media's Sentinel.

Kathleen is predeceased by her brother, Raymond Cannara and his wife Myra. She is survived her loving and devoted husband, Donald Masucci, by her brother, Richard Cannara, her sister in-law, Carol Cannara who was like  a real sister to her, her daughter, Elia DePaola and her husband Paul, her son, John Pellegrino and his wife Biserka and her three wonderful grandchildren, Marisa, Paul Michael and Rachel.

There will be no services at this time. A memorial celebration will be planned for this summer. In lieu of flowers, donations may be made to Mount Pleasant Animal Shelter in East Hanover.

Plant a tree in memory of Kathleen by clicking here.
To send flowers to Kathleen's family, please visit our floral store.

A service summary is not available

Plant a tree in memory of Kathleen
An environmentally-friendly option

Plant a tree in memory of Kathleen

1 tree planted in memory of Kathleen

Just saw this in checking Star-Ledger obits. Kathleen was a great, spirited blues and rock 'n' roll fan and clearly had that special kind of personality it takes to succeed in newspaper advertising sales, a very tough field even in the best of economic times.

Just saw that kathy had passed. So sorry. I remember working with kathy with Wessex Animal League, before we merged with Mt Pleasant. She was the reason I became involved with saving animals A wonderful, fun and loving person. 🙏🥲

A Memorial Tree was planted for Kathleen A. Masucci

We are deeply sorry for your loss ~ the staff at Bronson & Guthlein Funeral Home, Inc.
Join in honoring their life - plant a memorial tree

Plant a tree in memory of Kathleen